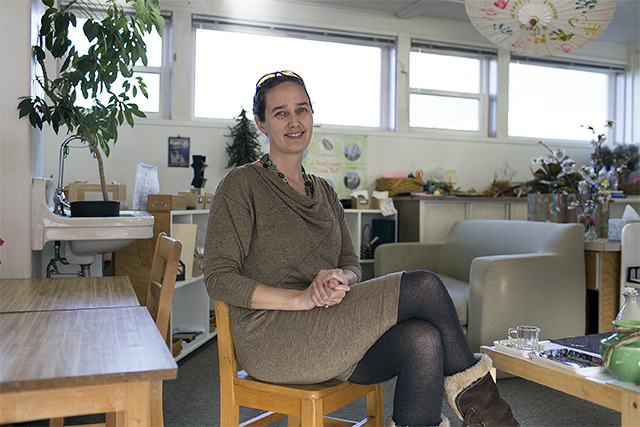 Regulars at the North Bend Jazz Walk and the corresponding Blues Walk may be squinting at their calendars this spring, looking for the Blues Walk. In past years, the Blues Walk followed the early fall  Jazz Walk, and we just had a Jazz Walk, didn’t we?

Yes, and we’re having one again, for good reason.

“We’re doing back-to-back jazz walks because of the calendar flip,” said Danny Kolke, event organizer and founder of the Boxley’s Music Fund that puts on the annual concerts.

The third annual Jazz Walk was exactly six months ago, on Saturday, Sept. 14. The fourth annual, this Saturday, will be the first to showcase the high school bands that inspired the move on the calendar.

Most high school bands aren’t ready for a big public performance just a few weeks into the school year, Kolke said, so organizers decided, “We’ll do blues at the end of summer and jazz in the springtime.”

As in every previous year, though, there are other changes. New artists are on the bill, and many new venues, bringing the total number of performers to over 200, and the number of venues to 22.

“We’ve had people asking about (participating) as a venue,” in past years, Kolke said, and some places just suggested themselves, like the Casual Dining Barstools & Dinettes store. He recalled visiting The Swirl next door to talk about their participation in the Jazz Walk, and then noticing the huge windows and showroom filled with barstools at Barstools & Dinettes.

“I don’t know if there are words to attach to a musical experience,” said Katy Moon, owner and director of the preschool. “You don’t know how it’s going to affect a child, but we know that music makes an impact.”

Moon said she’s never been to Jazz Walk because she’s a mother of a 3-year-old, but is a long-time sponsor and frequent visitor of Kolke’s jazz club, Boxley’s Place. She said the decision to open her doors for Jazz Walk was easy, as she has 3,000 square feet available to work with.

“I really appreciate what Danny has done in our community,” she continued. “He has a positive attitude (and) music brings people together. Music is certainly something we incorporate into our Montessori curriculum.”

Moon likened music and sports, as community events. “It doesn’t matter where you’re from or your background. Everyone can enjoy the game. I feel that way about music and I think Danny has brought something so unique to our small town. I just want to be part of that.”

Moon said she would love to see families with young children stop by to see the Ham Carson Quartet perform at 7 p.m., but, because her students range from 3 to 6 years old, she empathizes with those who won’t be able to make it.

Mountain Valley Montessori has hosted bluegrass and classical musicians for the students, but this is its first public show.

“It tightens the community when we work together,” Moon stated. “It’s an interesting town with a lot of power in a small space.”

A few blocks away, at the Mount Si Senior Center, Ann Landry, interim executive director and Jazz Walk regular, is preparing to host Lance Buller and the Roadstars Band.

“Danny Kolke and I had talked about doing some jazz performance here and utilizing the space before,” Landry began “We hadn’t made any specific plans and then the Jazz Walk committee did approach us, which is great. We’re excited to open up this as a venue for the public moving forward. In fact, we just got a beautiful baby grand piano donated from someone’s estate.”

The show starts at 7 p.m. and Landry said the senior center would be an ideal first or second stop for Jazz Walk attendees, especially since its offering an added perk.

“One thing that we’re doing that most other venues are not, is we’re going to be serving a full dinner,” Landry explained. “We have a Cordon Bleu-trained chef, Joy Lund.”

Lund, former executive chef at Bake’s Place in Bellevue, is cooking up surf and turf, plus a kid’s menu. Beer and wine are also available.

Besides the community exposure and development, Landry stated allowing outsiders to mix with senior-center regulars is a great opportunity.

“I hope they get to meet some new people; I hope a lot of them come out,” she said. “I know they’re proud of our center — it’s a home away from home for a lot of them. I think it’ll be a great opportunity for them to mix and mingle in our community.”

The senior center is not exactly on the Jazz Walk’s main strip, but with two other shows in nearby venues, Kolke says, “You get rewarded for walking the block.”

“There’s a bunch of great people playing,” said Kolke, when asked if any band in particular was this year’s must-see show. “I can’t tell you, don’t miss anybody.”

Advance tickets are on sale now for the event, which has a limit of about 1,700 people. Previous Jazz Walks have sold out, said Kolke, but never in advance. He expects ticket sales on Saturday to be roughly double the advance sales.

For the full list of venues and the schedule, band information, a map and tickets, visit the Jazz Walk website, http://www.northbendjazzwalk.com. 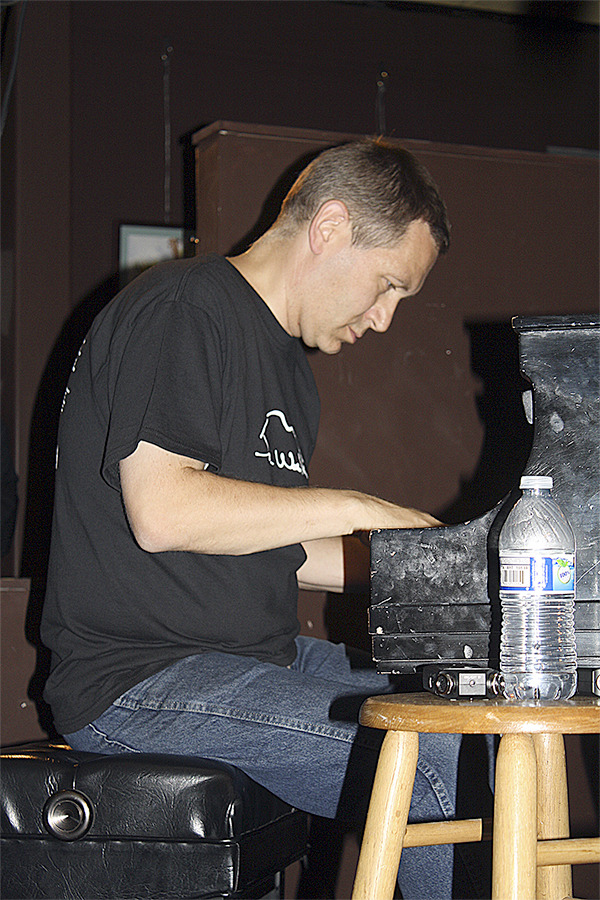 Danny Kolke playing piano with his trio in the 2014 Jazz Walk.