People who want to extend the functionality of their website have a new option to choose from today. Cloudward, a Bay Area based cloud services company that has an engineering office in Seattle, just unveiled a Cloud Snippets product that allows people to take a small snippet of JavaScript to expand what their website can do.

Users can get the snippets, which work in a manner similar to what Google uses for its AdSense and Analytics tools, from Cloudward’s online store. At launch, Cloudward is seeding its snippet marketplace with more than 30 free first-party snippets, but the company also has a system that lets third party developers build and sell their own snippets. 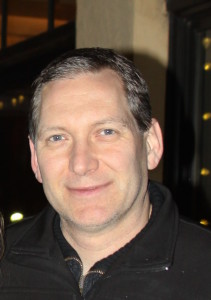 One of Cloudward CTO Danny Kolke’s favorite snippets allows users to insert the contents of a Google Doc into a web page and make the text look like it belongs on the page. It’s an interesting tool for both technical and nontechnical people who work with the web. Using that snippet, people can easily edit a page’s contents without having to wrangle with a content management system, or even worse, actually interact with a page’s raw HTML.

Users who need different functionality from what Cloud Snippets offers off the shelf can build their own snippets or customize existing ones using Cloudward’s simplified EASE syntax. (That language was actually the basis for the system that would become Cloud Snippets.)

The Cloud Snippets service is priced according to how much people use it. People who get fewer than 1,000 hits a month on pages with Snippets will be able to use the service for free, while hardcore developers can sign up for the top of the line monthly plan that lets the manage an unlimited number of snippets for as many properties as they want.

Those limits may sound harsh, but Kolke said small businesses that just want to publish a single doc or power a single form on one page of their site.

Right now, the system is tightly integrated with Google’s stack, in part because Cloud Snippets is built on top of the Google Cloud Platform. But in the future, the company is interested in expanding beyond Google’s offerings, and is also open to working with developers on its platform to expand Cloud Snippets’ capabilities.

“At the end of the day, it’s a JavaScript implementation on somebody’s website,” Kolke said. “So, any developer that knows JavaScript, we can work with them on expanding into other APIs and other markets as we develop this further.”

Blair Hanley Frank is GeekWire’s Bay Area Correspondent. He has also worked for Macworld, PCWorld and TechHive. Follow him on Twitter @belril and email him atblair@geekwire.com.