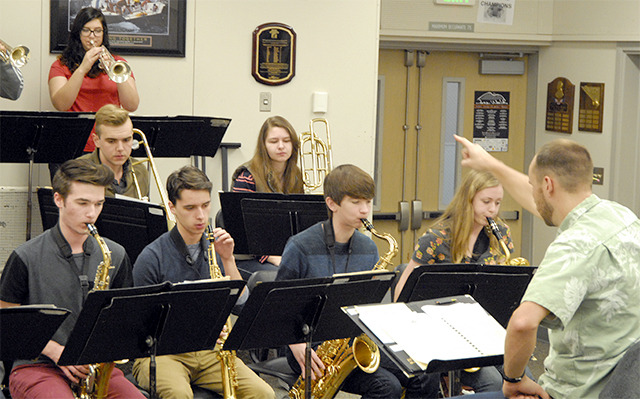 They were just selected for one of the most prestigious youth jazz events in the country, and for a second time, but the Mount Si High School Jazz Band I is, on the Monday after spring break, all business, no celebration.

A group of 15 students, assembled at 6:30 a.m., is working away on a new tune, feet tapping, lips pursed, eyes on the sheet music. The students, and their director, Matt Wenman, are intent on getting this piece right.

The piece, called “Bodysnatchers,” is not actually for their return trip to Jazz at Lincoln Center’s Essentially Ellington event in May, but for a March 20 event that could help get them there.

“Our first really big fundraiser is Hot Java Cool Jazz, which is March 20, right after the (North Bend) Jazz Walk, and it’s at the Paramount,” said Wenman.

The Starbucks-sponsored concert will feature five area high school bands, and each band will receive the proceeds from ticket sales at their local Starbucks shops. Tickets went on sale last Thursday at the Snoqualmie Ridge Starbucks.

Wenman estimated the cost to bring the band to New York in May for Essentially Ellington at about the same as last year.

He’s hopeful that between this concert in March and another “Little Town Blues” gala being planned at Boxley’s, the band will meet most of its fundraising needs — music boosters are setting their goal at $22,000.

“I think just having the experience under our belts will be a huge benefit to us in going back, knowing a little more what to expect,” said JT Hartman.

“Our goal is to relax more and have a little more confidence, since we know what to expect.… There are all these great musicians there, so we want to connect with people,” added Hayden Kajercline.

“It’s the top-tier jazz festival in the country,” said Wenman, and a great experience for everyone selected, no matter how they place in the final competition. Only 15 schools are selected, he said, adding, “It’s exciting and energetic, it doesn’t feel cut-throat competitive.”

As a group, the band has also discussed leaving a day early for the event, to spend more time at workshops and just explore New York.

That, of course, will depend on flight costs, and funds available.

Hot Java Cool Jazz is 7 p.m. Friday, March 20, at the Paramount Theater in Seattle. Tickets are on sale now at the Starbucks on Snoqualmie Ridge.

Learn more about the band and fundraising efforts at www.mountsibands.org. 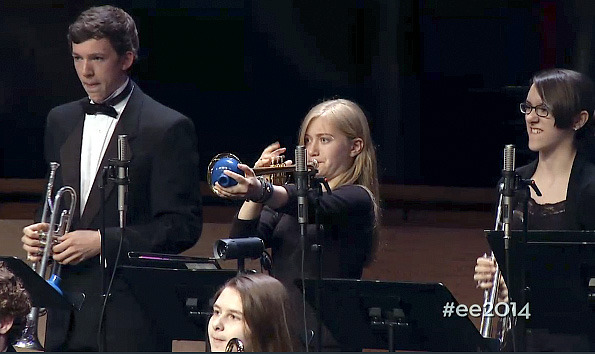 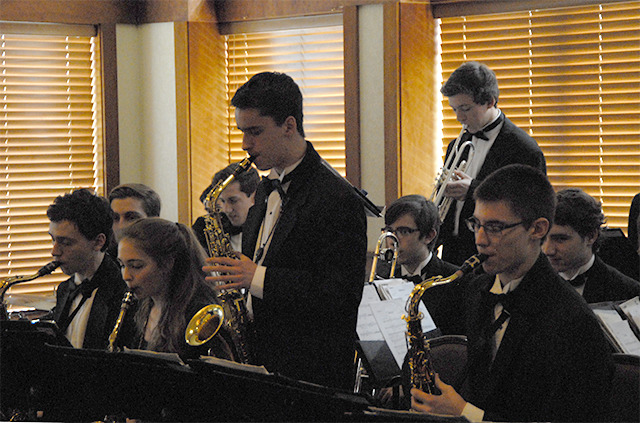